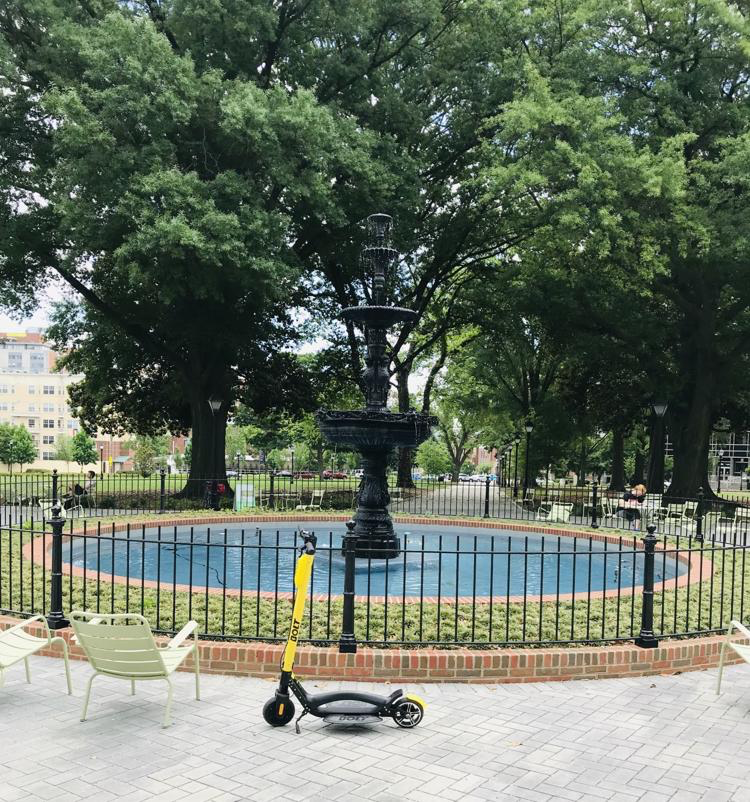 The Department of Public Works has issued the first permit under a new pilot program that allows microtransit companies specializing in the scooters or dockless bicycles to operate in the city. Bolt Mobility, a Florida-based company, received the green light last week and will launch in Richmond on June 6, according to a company spokesman.

Bolt will deploy 500 scooters — the maximum allowed for one company under the rules governing the pilot — on city streets after paying the city $45,000. Bolt was one of three companies that completed an application the city put out for the yearlong test run in the spring, a Public Works spokeswoman said.

Like other dockless mobility companies, Bolt operates a smartphone app that riders can download, then use to locate the scooters and pay to ride them. Bolt charges a $1 fee, then 15 cents per minute of use.

Bolt has rented a warehouse space in Scott’s Addition that will serve as a base camp for recharging the devices, as well as a dozen employees who will staff its operation in the city.

Richmond becomes the third place in Virginia and fifth overall the company has entered since 2018. It also operates in Alexandria, Arlington County, Atlanta and Fort Lauderdale, Fla.

Dockless scooters and bicycles have cropped up in cities across the country as an alternative to popular ride-hailing services for people looking to travel short distances.

The devices first hit Richmond’s roadways last August, when California-based Bird Rides Inc. made an impromptu entrance into the market, mimicking an approach it has taken in other cities to mixed results. Richmond responded by impounding the scooters.

But the stunt generated a lot of public attention, thrusting the issue to the forefront and nudging Mayor Levar Stoney to the negotiating table.

Stoney proposed a set of rules for a pilot program last year and has said he views the scooters as a potential extension of the city’s public transportation network that could help facilitate tourism and promote access to jobs and education.

In late January, the City Council gave its blessing to the pilot program, passing a fee structure and guidelines governing the microtransit companies.

The 500 scooters Bolt is bringing to Richmond are the maximum allowed under the pilot program’s rules. The city will also allow the companies to increase the number of scooters by up to 25 percent each quarter for a fee of $72 per additional vehicle.

Under the rules, riders can operate the dockless vehicles only between 5 a.m. and 9 p.m. They aren’t allowed to drive the vehicles on sidewalks, only in the street or in bike lanes. The vehicles cannot exceed 15 mph. A spokesman said Bolt’s scooters won’t exceed 11 mph.

The company is holding a launch event with Stoney in Monroe Park on June 6.